When Paid Advertising Stops Working, What Do You Do?

September 28, 2018
Sometimes Advertising Channels Change and You Must Change With Your Market 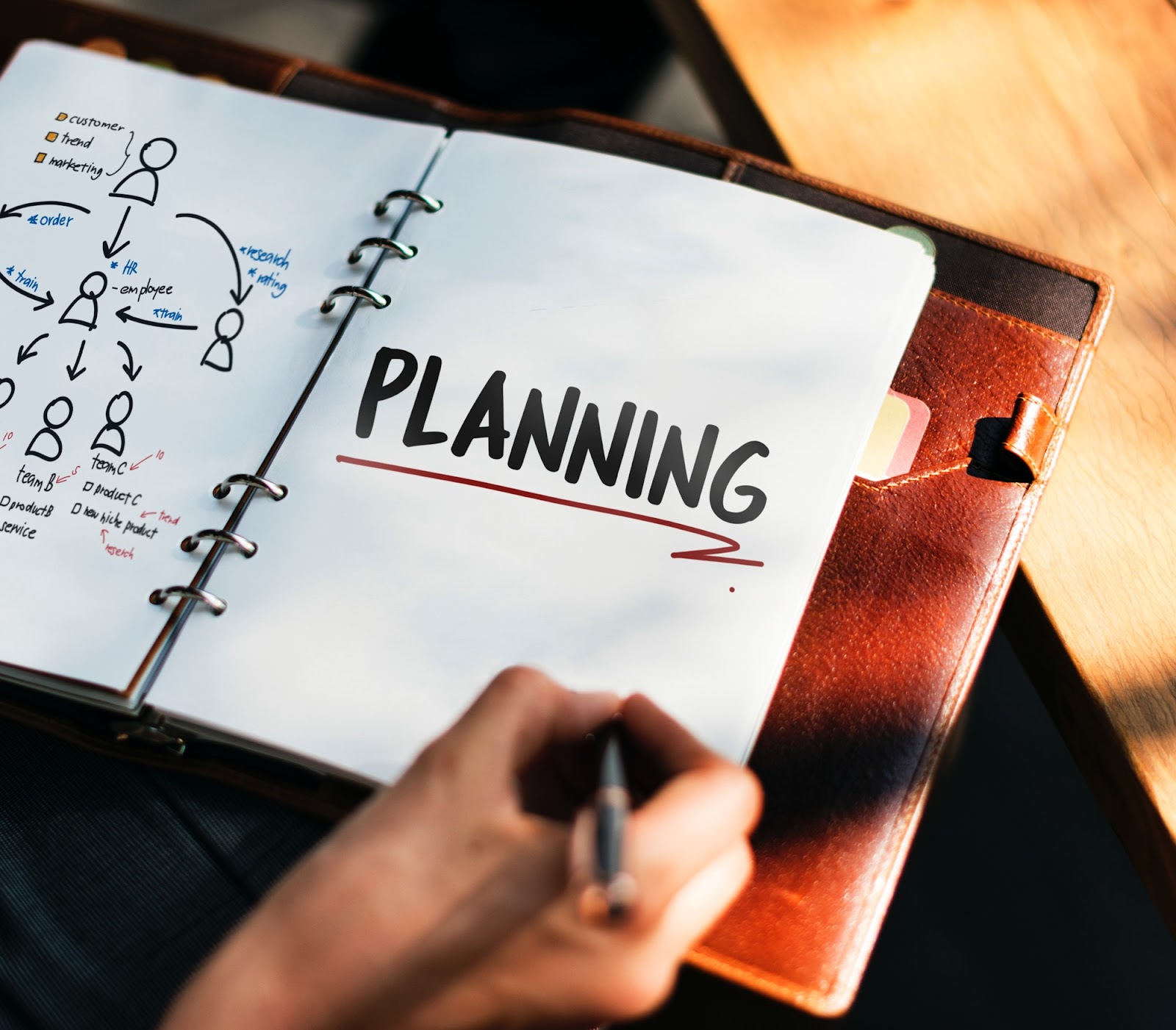 From Certified Public Accountant to Hypnotist, this week’s interview is one woman's journey from making a living to living an authentic life. In 1990 Angie Monko graduated from SIUE Edwardsville with a degree in accounting and passed the CPA exam. From taxes to auditing she was living a life of numbers. For 20 years Angie felt safety in numbers. Numbers are black and white, but life is not that way.

In 2002 Angie was moved to begin working on her health and taking care of herself. She looked at a number of different programs and joined Over-eaters Anonymous. Overeaters Anonymous is a 12 step accountability program and Angie loved it. Within 5 months Angie was sponsoring others who faced the same challenges she was facing.

The process of sponsoring others and mentoring them through the 12 steps, while holding them accountable, became fulfilling and a major change of pace from her day job. Angie worked as a regional operations manager at a large public company which was starting to feel like a burden.

With each new member she sponsored, Angie felt alive and like she was making a difference. It was during this time that someone in OA suggested she be a life coach. “A what?!” she asked and did nothing with the suggestion.

A year later someone else suggested the same thing and referred Angie to a business coach in Canada who then referred her to a life coach who lived a block away from her. After a 2 hour conversation, this life coach told her about a tool called Emotional Freedom Techniques (EFT).

According to Angie, “EFT is a form of psychological acupressure that treats physical, mental and emotional ailments, much like acupuncture but without the needles. You tap with the fingertips on energy meridians on the body, while repeating true feelings and thoughts about a situation.”

The next day, Angie ordered all of the training DVDs on EFT and fell in love with it, practicing it on herself, friends and family. A year later, after working with a New York business coach, she launched Harmony Harbor Coaching, using EFT to help people with weight loss.


Angie was met with some temporary success that really became a major roadblock. She initially made $2000 from a $500 solo ad that was ran on the website Selfgrowth.com, but this success fizzled out by December, when she ran a $1200 ad with zero results.

At this point, Angie made a decision to get out locally and go to a women's networking group called Powerful You. She met a woman at this group who became her coach and certified her as a hypnotist in 2010. Angie’s business was slowly growing.

She wanted to pursue her passion of coaching/EFT full time, and so she finally got the courage after 2.5 years to use EFT to overcome her fears and break the “golden handcuffs.”

Two months into tapping on her fears, Angie was asked to relocate to Chicago to do the same job that she’d been doing in St. Louis for 12 years. She opted for the severance package. Immediately upon leaving, she joined BNI, Business Network International.

Angie began partnering with a local trusted authority to business owners. Angie provided her EFT and life coaching, and in exchange, she heavily promoted Angie’s business and provided Angie with business coaching and network/referral partner education.

Angie’s business really began to gain momentum at this point. Things were going well at BNI, and then for whatever reason, Angie was lured into the seductive desire for more income. She wanted to scale her business and found a coach who assured her she could get to the $1,000,000 mark if she would begin to to do webinars and create an online presence.

In hindsight, this was not the right coach for her. Angie invested $25,000 into this new coach, but the program did not deliver the promised results for her because she didn’t have a large enough list to really leverage successful webinars. The program did brilliantly teach her how to use leadpages, gotowebinar, and aweber AND that she needed to listen to her own guidance before hiring a coach.

After all of this (it was now 2015), she felt like a failure. Almost $100,000 invested in her practice, and at times, she felt like quitting. To make matters worse, at the same time, Angie went through a spiritual crisis of sorts when she began working with Robert Scheinfeld (someone she’d known about for years and highly respected when she read his book Busting Loose from the Money Game in 2008).

Angie and her two daughters decided to attend a 5 day event, “The Ultimate Key to Freedom Experience,” at Robert’s home in Virginia. Although his teaching was a real blow to the EGO, he helped Angie to align her real values.

Up to this point, Angie felt like she was chasing money vs. chasing her mission. When I asked Angie what that new mission is, she stated,”My bias is that being successful and prosperous is all about how kindly, authentically and vulnerably we interact with those around us and not how much we've accomplished or how much money we've made. In other words, how much did I live my values and priorities today.”

Freedom and peace are Angie’s joy, not money. Her priorities shifted in 2015. She was addicted to workaholism and the elusive chase for more, and when she realized that wasn’t what she TRULY wanted, things began to shift.

She went back to the basics in her business of building relationships that are based on honesty, trust and reciprocity. By being herself and trusting that she IS enough, she is identifying her ideal clients and referral partners. She meets consistently with them and is in it for the long haul. She has become a worthy self-advocate who is connecting with her tribe who shares similar world views and values.

Angie has found that it’s most important to seek out her ideal clients, show up consistently, share her mission, and role model being a worthy self-advocate. She has made it a goal and a practice to call and/or meet weekly with 4 people who have the potential to be trusted, loyal referral partners, people she already likes and wants to establish deeper connection with, know better, and really trust.

Her advice is show up, show up, show up. It is not working 80-90 hours per week that helped her become successful. It is working consistently with people she trusts, both clients and referral partners, knowing we have each other’s back.

Today Angie offers group sessions, private sessions and retreats for women who struggle with feeling overwhelmed with life's daily demands and want to set boundaries that bless them so they can make different choices rooted in their needs and preferences without feeling guilty and selfish.

As a general rule of thumb for marketers, Angie suggests that you really find mentors who are the right fit for YOUR world views, values and personality, to help you on your journey…so what if your path is different. These mentors should teach us technical skills, how to launch our business, develop healthy relationships, and how to live a life in alignment with our values.

It’s truly necessary to give up people-pleasing and be true to ourselves when it comes to marketing, building a business, and creating a happy life. If something doesn’t feel right, we need to honor and trust ourselves to course correct.

November 10, 2019
Have you ever heard of Silicon Valley? Likely you have. Did you know that Silicon Valley is constantly trying to innovate the real estate industry? Technology continues to push the envelope and transform the direction of the profession every year. In 2020 several marketing trends are revolutionizing the real estate profession and most follow the sociological trends from recent years.”Today, people’s attention spans are short and the way they like to consume content has also changed. This is why content formats like Stories have become popular. They are short, engaging, and addictive in a way that people can spend hours scrolling through one Story after another (N.A, 2019).” The many marketing trends of 2019 continue to evolve into 2020 with technology tools designed to improve the customer’s experience. One-Click: Think Amazon! Amazon knows that people want instant one-click to purchase. In fact, “When we write the history of electronic commerce, the 1-Click patent … allowed Ama
26 comments
Read more

June 24, 2020
There is beauty in Real Estate. Specifically, because the population is growing.  In Real Estate you can receive steady income that you can accurately predict and rely on, unlike typical sales roles.  To attract the best clients and make the top dollars you have to start with focusing on becoming a top producing Real Estate Agent.   There is any number of books and references on selling but not much available on the topic of attracting a Real Estate clientele. In Real Estate the skill of persuasion is one you must develop.  To get started there are 5 baby steps that you must take to begin a career. Read books on influence, persuasion, marketing, and asset management   Write down and affirm your success, “I am closing 35 homes per year” Find an agent with a lot of listings you connect with  Find a mentor to show you the way  Associate with others who are currently successful in Real Estate Getting your Real Estate License can be the better avenue when starting in real estate.  You can t
24 comments
Read more

How to Eliminate Entitlement

May 22, 2020
A “How To Plan” For Parents of Spoiled Real Estate Children:  When I was younger, my neighbor had a crazy dog. Every day this dog would wait by the side of the road for vehicles to drive by. When a vehicle drove by, this crazy mutt would run down the road, barking and chasing everyone’s vehicle that drove by.  On one rainy day, I asked my neighbor “Do you think the dog is ever going to chase down one of  those vehicles?” My neighbor replied, “That’s not what worries me. What worries me is what he would do if he ever caught one.” Many people in life behave like that dog who is pursuing meaningless goals. Meaningless goals are goals that are not backed by values. Before you start defining your family goals you first need to define your values.  Goals not backed by values are meaningless and might as well be considered criminal activity.  If you want to define the life goals you first need to define your values. The framework for setting goals back by values can be defined in the value go
7 comments
Read more